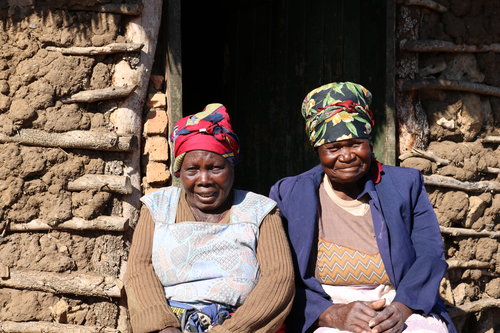 Possible Dreams International envisions a future where rural communities in the Kingdom of Eswatini (Swaziland) are able to transcend the insidious cycle of disease and poverty, to lead healthy, independent, dignified lives with sufficient food, clean water, sanitation, income and security.

Swaziland is a country with the highest prevalence of HIV/AIDS in the world. The average life expectancy is 59 years (compared with 82 in Australia). Approximately two-thirds (63%) of the population lives below the poverty line. Almost 125 000 Swazi children have lost at least one parent to AIDS and there are over 15 000 orphan led households. Women tend to be disproportionately affected by HIV/AIDS, with 31% of all women living with HIV and 40% of pregnant women being HIV positive.

We believe that health is more than medicine, thus our projects target the social determinants of health. Our Swazi-led paradigm ensures projects are aligned with community needs; our local staff share language, culture, and community membership with the people we seek to support. SEED (Sanitation, Education, Empowerment and Dignity) Access to clean water and basic sanitation is vital to the prevention of disease and the realisation of good health outcomes. Lack of access to clean drinking water and basic sanitation, and poor hygiene cause almost 90% of all deaths from diarrhoea, mostly in children[1]. Around the world, 2.3 billion people still do not have access to basic sanitation facilities such as toilets or latrines[2], and in Swaziland, nearly half of the population do not have access to such facilities[3].

SEED (Sanitation, Education, Empowerment and Dignity) helps elderly people in regional and rural Swazi communities, people living with disabilities, and children. The PDI Field team has identified the families most in need, and have begun construction. The benefits of good sanitation and hygiene practices have only been highlighted by the COVID-19 pandemic, which has hit the Kingdom of Eswatini hard. To date we have built 21 toilets since this

project’s inception, with production restarting after a brief hiatus during the lockdown period.

The project is being carried out in Mpaka, a rural, poverty-stricken community in the Lubombo region with a high prevalence of diarrhoeal illness from lack of basic sanitation. In this community, families are large and typically consist of elderly grandparents and their grandchildren, as the HIV epidemic wiped out a generation of young adults. These large families would particularly benefit from access to basic sanitation to prevent the spread of

communicable diseases. The pressing need for toilets was identified during a community meeting where Rural Health Motivators (community women who advocate for, and

families in the Lubombo region, the most poverty-stricken area of Swaziland, cannot afford to connect to the reticulated water system.

The PDI Field Team subsequently assessed sanitation needs in Mpaka in consultation with the Rural Health Motivators and developed a viable project proposal known as SEED. We have piloted this program by building two toilets for Gogo Nobuhle*, a wheelchair bound grandmother and her ten orphaned grandchildren, and Gogo and Mkhulu Kapteni* (grandparents), and demonstrated its viability

The project encompasses the building of basic sanitation infrastructure for families living in poverty. The process is as follows:

1. Meetings are held with community leaders and Rural Health Motivators to explain the project proposal and address any questions.

3. Pit latrines are built collaboratively by the PDI Field Team, able family members and volunteers from the community, according to Ministry of Health and Environmental Health Specifications. Building each toilet involves digging, pouring concrete and allowing it time to set, and putting up the latrine.

4. Rural Health Motivators provide hygiene education over the course of the project.

This includes encouraging hand washing after toilet use and before the preparation of food, and addressing any cultural fears or superstitions around toilet use.

The PDI Field Team carry out the building of the toilets with assistance from family members and volunteers from the community, thus encouraging communities to take ownership of the project.

Access to basic sanitation provides dignity and privacy to families, who no longer have to undergo the dehumanising practice of defecating in the open grasslands.